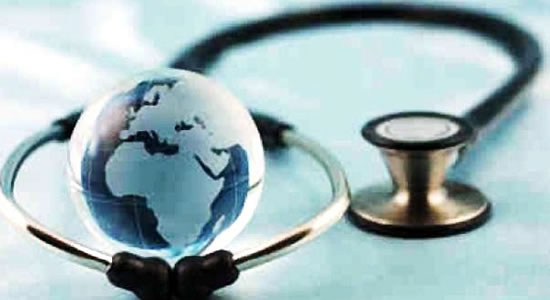 The rate and success of medical and technological innovations is too slow relative to the rising costs of healthcare for medically underserved populations in California.

Despite the intentions of healthcare reform, a significant population in California – the medically underserved population – will still encounter rising healthcare costs (1).  Concurrently, such rising costs reflect medical technology inefficiencies.  Inefficient technologies – which can be described as technologies that provide less benefit relative to their costs – make healthcare more expensive for patients, doctors, technology manufacturers, businesses, hospitals, and the State of California itself.

As time goes on, and as prices rise, more California residents may end up categorizing as medically underserved individuals (MUIs).  A rise in the MUI population will result in even higher healthcare costs, which poses a threat to the long term well-being of California.  Furthermore, a rise in healthcare costs will discourage venture capitalists, corporate investors, and philanthropists from investing in medical technology innovation projects.  As a result, a positive feedback cycle occurs: high costs discourage investments in technological innovations that could potentially halt this cycle all together.

The population of MUIs in California rises yearly.  From 2011-2012, the MUI population rose approximately 0.3-0.6% (today, there are about 2.5 million MUIs), particularly in counties north of Alameda County and south of Mariposa County (excluding urban areas and counties adjacent to San Joaquin County) (2).   Since MUIs are designated as individuals that are either living below the poverty line or living in areas that lack convenient primary care facilities (3), MUIs, despite healthcare reform, will still face rising healthcare costs.

There are two main sources that medical technology innovators refer to for funding: venture capitalists and corporate investors.  Venture capitalists and corporate investors constitute the “safety-net”.  Innovators use the “safety-net” to launch their technologies into the marketplace.  Unfortunately, due to the high-risks with investing in the start-up development of medical technologies (such as pilot programs, nationwide implementation, and legal procedures), potentially efficient technologies are delayed from entering the marketplace.  Today, organizations like the California Healthcare Foundation aim to expand the “safety-net” within California. (4)

BeWell, a company initiated in San Francisco, developed a cell phone application that allows patients to record a wide range of medical information, ranging from diet to symptoms, on a daily basis.  Within an eight-month pilot study at the San Mateo Medical Center, patients who used BeWell’s technology were prescribed half the usual amount of drugs and visited the hospital less often (one patient usually visited the hospital 3 days a week; with the use of BeWell’s software, the patient visited only once a week).  Health Hero, a Palo Alto based medical technology corporation, developed a four button handheld computer device that asked patients specific, evaluative questions on a daily basis.  The device was designed for diseased individuals over the age of 65.  Health Hero’s device resulted in the elderly individuals visiting the hospital less often, thus putting less of a strain on their already burdened finances. (8)

Policy Option #1 will speed the research of medical technology innovations.  Funding, specific standards, and interactions with private-sector inventors/participants will expand the safety-net.  Easing the bureaucratic process (i.e. Food and Drug Administration critical path) will lower the risks of investing in medical technology innovation.  Adopting this policy will potentially slow the rising costs of healthcare and thus automatically alleviate MUIs from high healthcare prices.

Policy Option #2, as said, involves less government and therefore less money.  However, this policy option offers fewer incentives, and many innovators and private investors may end up viewing the policy as useless.  Furthermore, this policy option depends on the market, and may therefore be best executed only when the market is in good condition.

Thus, after discussing the two policy options, I recommend that Policy Option #1 be implemented.  This policy option does not depend on the market and can therefore be executed with more flexibility.  Furthermore, the benefit of increasing the rate of medical technology innovation in both short-term and long-term regards (Policy Option #2 lacks short term incentives and barely lowers the risks for investing).  California is also capable of handling the higher costs associated with this policy option.

The healthcare budget will always be growing.  Therefore, it is understandable for the California government to impose taxes on appropriate entities.  Also, given the recent passing of the Affordable Care Act, a slight increase in taxes from health insurance companies, healthcare providers, and tanning salons can take care of the finances for either Policy Option #1 or #2.

Given the importance of healthcare, and the passing of the Affordable Care Act, the government of California and its legislators should find either Policy Option #1 or #2 acceptable.  California tolerates larger government involvement.  Furthermore, representatives from counties that have an active technology industry (Silicon Valley, Los Angeles, etc.) should advocate either policy option.

A variety of interest groups, such as the California Healthcare Foundation, the Democratic Party, and technology manufacturers (such as Silicon Valley corporations and biotechnology organizations) will most likely support either policy option.  There are lower risks associated with both policy options, and the faster the rate of innovation, the better the investments and the higher the profits for private-sector participants.

Interests groups that may not reject either option include hospital unions and insurance lobbyists, since they may be a source of taxation.

The California Department of Public Health, in collaboration with the California HealthCare Foundation, will implement whichever policy is desired and its associated projects.  The California HealthCare Foundation has a mission statement that complements the goals of either policy recommendation aforementioned.  The California Department of Public Health already has some of the resources, such as funds, hospitals, and access to MUAs, to implement either Policy Option #1 or #2.  The hindrances to the implementation will depend on the market (more for Policy #2 than #1), on the research requirements of medical technologies, and the perspectives of the safety-net (not all aspects of the safety-net may advocate for whichever policy is implemented).  MUAs, like any other relatively underdeveloped area, can pose more costs outside of healthcare, including transportation, maintenance of equipment, and access to facilities.

For any of such hindrances, government may intervene by adjusting the economy appropriately, encouraging healthcare facilities to adopt pilot programs, and provide infrastructure in MUAs for the policies to be better implemented.

With healthcare prices still rising, the rate of medical technology innovation is not slowing down rising healthcare costs for MUIs.  Since MUIs and MUAs are not benefitting from recent healthcare legislation, it seems fitting that a good long-term policy should revolve around encouraging the growth of medical technology innovation activity.  Evidence shows that efficient technology (especially with lower prices) saves money for all aspects of state healthcare.  Money for such endeavors may be collected from additional taxes already imposed by the Affordable Care Act.  The policies will most likely gain support from California legislation, frequent patients, technology manufacturers, and safety-net entities.  The more we pay attention to innovation, the lower the healthcare costs will be, and the lower the financial burdens on MUIs around California.

(7) “Where the states stand on Medicaid.” Beyond the pledges:. Version 1. The Advisory Board Company, n.d. Web. 4 Nov. 2013. <http://www.advisory.com/Daily-Briefing/Resources/Primers/MedicaidMap&gt;.