Comparative Analysis of the Hejaz Railway and Hyperloop

Having Faith in the Rail: A Comparative Analysis of the Hejaz Railway Network and California’s Hyperloop

Abstract
The Hejaz Railway network – a set of train routes consisting of branch lines (Acre to Deraa and Nablus to Deraa) and the main line between Damascus and Madinah – is arguably the 20th century’s greatest transportation project that raised the equity of travel to holy Islamic cities, reflected power interests of its Ottoman authorities, and defies conventions of transportation evolution and land use policies. Only the rails north of Saudi Arabia’s borders are functioning today. The California Hyperloop – a new mode of transportation that involves passenger-carrying capsules that travel, via renewable energy sources, at speeds beyond 500 miles per hour – will likely be the 21st century’s greatest transportation project. Like the Hejaz Railway, it will increase travel equity throughout California and disobey regular transportation geography principles, yet it reflects hostilities towards current U.S. political goals and the well-being of the United States’ current transportation infrastructure, which diverges from the Hejaz Railway’s notion of amplifying the interests of authorities. Given these similarities and differences between these two projects, lessons learned from the Hejaz Railway can be applied to the development of the California Hyperloop, and lessons from the California Hyperloop can be used to analyze longer ground routes and their transportation implications.
Introduction
Background on the Hejaz Railway network
Completed on September 1, 1908, in the midst of the world’s pre-World War I volatility, the Hejaz Railway network connected two strategic cities, Madinah and Damascus, through a main line and a set of branch lines (Acre, Haifa, and Deraa were connected accordingly). The railway project was spearheaded by the Ottoman Sultan Abdulhamid II alongside his governors, hired Turkish engineers, and European contractors.
The prominent purpose of the railway was to establish, for the first time ever, a streamlined and centrally controlled transportation route to the holy Hejaz province (home to two holy Islamic sites: Madinah and Makkah) designed to serve a ridership performing holy pilgrimages. Before the railway’s genesis, an average trip from lands north of the Arabian Peninsula to the Hejaz Province took over forty days by foot or twenty days by boat. This required large expenditures from respective pilgrims due to the harsh conditions in Arabian deserts, long routes, and security risks along said routes. With the Hejaz Railway network, travel time from Damascus to Madinah took between six to nine days on average, and less money was spent per pilgrim for making the trip (train tickets included accommodations and security at each station stop). Alongside non-profit goals (given the railway’s religious nature), the railway inherently raised the equity of travel along the rail routes; it provided travel opportunities to physically disable individuals, low income groups, more women, and more children.
The Hejaz Railway network represented other motives. The decline of the Ottoman Empire’s economy, European territorial expansion, and threats towards Ottoman rule within Arab provinces collectively added more fervor to Sultan Abdulhamid II’s aspirations for a grand railway. The railway was anticipated to increase Ottoman prestige around the world, streamline movement of troops throughout Arab provinces, create jobs at a time of high unemployment, and alleviate Ottoman debts via subsequent revenues, trade, and urban development.
The closure of the Hejaz Railway network and its incompletion
On November 1, 1922, on the same day of the dissolution of the Ottoman Empire, full operation of the Hejaz railway network ceased. Today, only the railways north of the Saudi Arabian – Jordanian border offer train services on the same historic railways (with exception to the railway lines in Syria, due to the ongoing Syrian Revolution). Saudi Arabia has merely expressed words of interest in resuming services along the Hejaz Railway network, and has yet to define any course of action to restoring the railways in its territories. Complications with wars north of Saudi Arabia, the conservative policies of Saudi Arabia, and distrust between Arab authorities add more reasons to the static status of the railway today.
Even before the closure of the railway network, the railway never reached one of its intended terminal stations: Makkah. The emir (i.e., mayor) of Makkah (named Sherif Hussein) strongly opposed to the railway reaching Makkah for reasons regarding economics (businesses in Makkah that depended on previous modes of travel to the city would be rendered useless), politics (the emir and his family’s authority over the city would decrease with inherent Ottoman power from the railway), and prospective loss of Arab culture in the Hejaz province (the Turkish authorities once envisioned Turkish nationalism diffusing across Arab lands and crushing hopes of Arab self-rule). The occurrence of World War I further prevented the extension of the railway from Madinah to Makkah, and thus ensured the emir’s aforementioned aspirations.

Background on the California Hyperloop
The hyperloop is a new mode of transportation that utilizes renewable energy sources and alternative propulsion methods (such as electromagnetism) to eliminate as much friction as possible during transit. A hyperloop would be fast enough to carry passengers from Los Angeles to San Francisco in thirty minutes (which brings about multiple economic and demographic ramifications).
The idea of a hyperloop in California first came to life from Elon Musk’s (founder of Tesla and SpaceX and co-founder of PayPal) white paper on hyperloop technologies. The paper not only aimed to present a new mode of transportation, but also aimed at convincing transit authorities and the public of the futility of high speed rail (California proposed building a high speed rail network prior to Elon Musk criticizing authorities for not considering other transit alternatives). Elon Musk is currently running a capsule design competition at his Hawthorne SpaceX headquarters.
In accordance with the competition’s timeline, the chosen capsule design would be used to build a hyperloop route between Los Angeles and San Francisco by 2025 (five years earlier than the anticipated completion of California’s high speed rail proposed earlier).
The California Hyperloop, like the Hejaz Railway did, seeks to increase travel equity across California and create more job opportunities (not only jobs associated with railway; people could commute between Los Angeles and San Francisco, and thus search for jobs in either city rather than be restricted to one city). Additionally, it aims to redefine ideal transportation principles throughout the world.

Table 1: Average monthly purchases of train tickets for each class of travel before and after the building of branch lines.

Figure 2: A water reservoir and a security fortress in Maan, Saudi Arabia, a major station stop in the Hejaz Railway network. 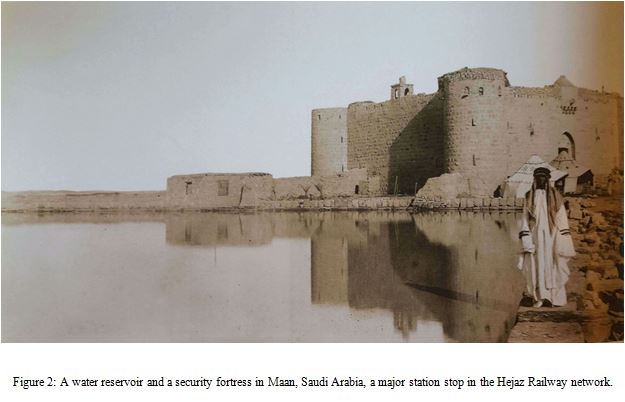 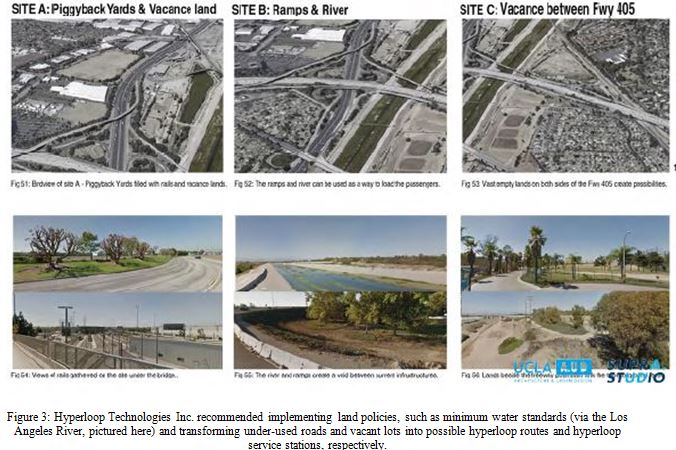 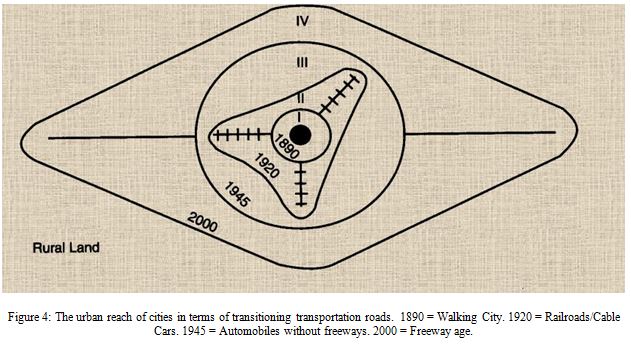 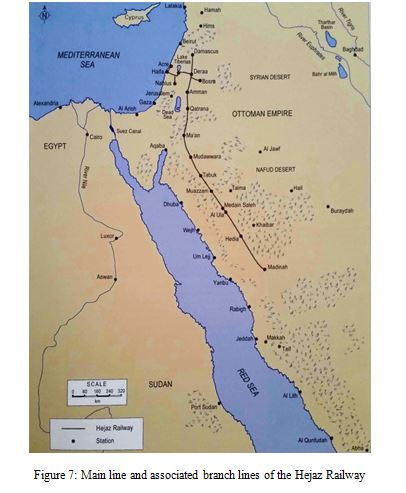