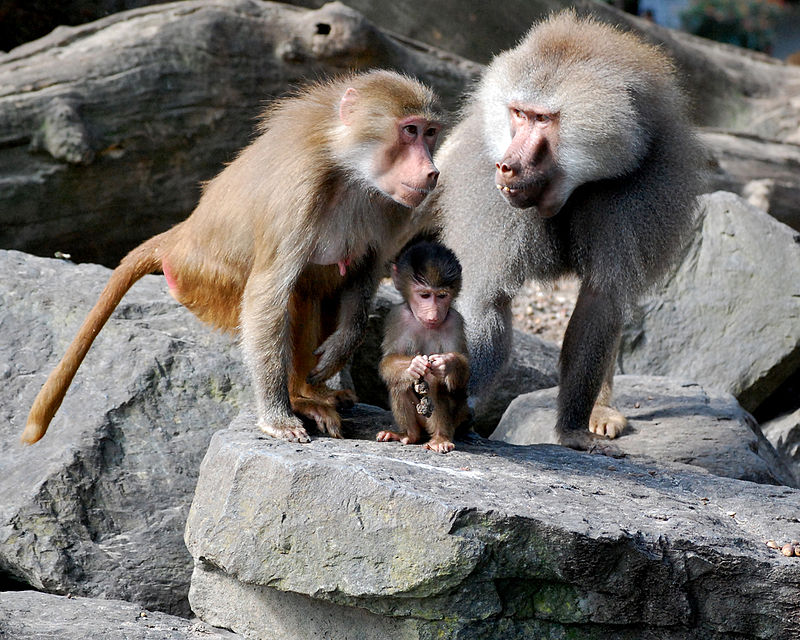 Hamadryas Baboons, native to the Southwestern portion of the Arabian peninsula.

A logo of Saudi Aramco, the world’s largest producer of crude oil

King Fahd’s Fountain, one of the tallest fountains in the world. 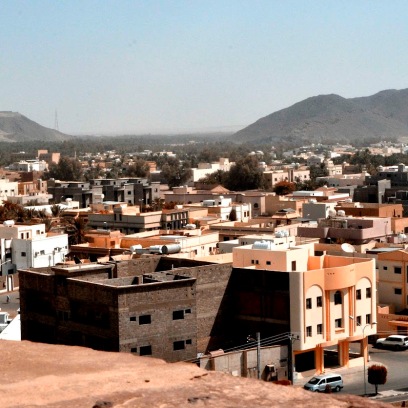 A rendering of the national flag of Saudi Arabia.

Satellite map of the Arabian peninsula. 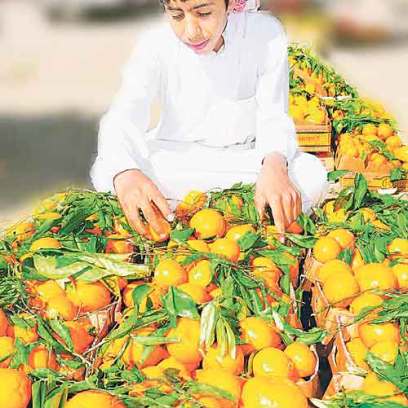 Oranges coruscate in the city of Najran, Saudi Arabia during a citrus festival.

Despite the conservative and incorrigibly monotonous attitudes that the country often propagates within its borders and on the world stage, Saudi Arabia possesses the largest number of human perspectives in the world.  Saudi Arabia has multiple senses of culture, rather than a single, conventional culture that other respective nations present themselves with, and each culture is tied to a geographical region among Saudi Arabian borders.  One of these culture senses, which rendered Saudi Arabia into a melting pot, is embedded in my last name, Basrawi (from Basra, most likely in reference to a port city in Iraq of the same name) and stitched into the movement patterns of peoples to and from the major cities of the Hijaz region.  The world’s largest producer of oil, Saudi Aramco, has brought professionals and their families from across the globe into once sand dune riddled territory, and has ultimately created a unique culture that is unmatched and essentially inexplicable to individuals who have not stepped foot in Aramco’s jurisdictions.

If one were to adequately personify Saudi Arabia, one would describe Saudi Arabia as having many eyes, ears, tastes, scents, and touches, depending on where you are in the country and the social strata that one would interact with.  An individual from the Najd desert (now in the Riyadh and Al-Qassim administrative regions), the sandy lands that witnessed the genesis and the ultimate rule of the Al Saud family, the royal family that rules Saudi Arabia and to which the word “Saudi” comes from, describes some of his/her views in a diametric manner relative to the people of Najran (southwest Saudi Arabia) and the Hijaz (western Saudi Arabia).  Many different spices and pearls utilized in the Eastern Province (Sharqiyah) are unknown to the peoples west of them.  Occupations in Najran involve farming, ranching, and sailing, which are scenes that Najdis (people of the Najd Desert) are not experienced with.  Furthermore, Najran was once home to early Yemenite Jewish and Christian communities, and the Najrani culture has implied the influence of such communities today.  Despite the stark differences between Saudi geographic regions, the modern state of Saudi Arabia, united under the banners of the Al Saud family (King Abdulaziz being its first monarch) has ineluctably led to the mixing of these Arabian Peninsula cultures and the maintenance of infrastructure between these once mutually exclusive groups of people.  The cosmopolitan Hijaz – home to the holy cities of Mecca and Medina, alongside the prosperous port city of Jeddah – in conjunction with the oil rich, expatriate saturated regions of the Eastern Province, by means of an influential government that once called the Najd Desert as its only main territory, is now linked to an entire peninsula that was once characterized as destitute and barren by major historical authorities.

My family is a product of the societal influences of the Hijaz region.  Among the talks between my relatives, it is speculated that our family name, Basrawi, exists because of one man’s travel from Basra to Medina for the Hajj pilgrimage.  The Hijaz region of Saudi Arabia has always been a trading hot spot prior to the beginnings of Islam.  The arrival of Islam, however, accelerated trading activities in the Hijaz region and added a large holy overtone to the surrounding lands.  Due to these powerful characteristics possessed by today’s western Saudi Arabia, many Saudis have parallel backgrounds relative to my family.  People from all over the world have somehow ended up calling the Hijaz home due to differing circumstances.  My last name’s genesis, alongside my Saudi Arabian heritage, is rooted in a man’s ambitious and religious journey (there were no planes, trains, and automobiles between Basra and Mecca during such old times) to one of the most impacting regions in the world.  The Basrawi movement pattern, fostered by the cosmopolitan aura of the Hijaz region, continued after that man’s journey.  My ancestors, like many other Hijazis (people of the Hijaz region), assimilated into Hijazi society by means of marriage, cultural mixing, and working as either religious figures (i.e. Imam) or business people.  My great-great grandfather, on my father’s side, married a Turkish Circassian Hajj pilgrim and – apparently – had one son and one daughter.  Following some time, they divorced from one another, and the Turkish Circassian, now my great-great grandmother, migrated back to her hometown of Istanbul with her children under her custody.  The Hijaz influence was still present in Istanbul, for my great-grandfather, after being raised in Istanbul for 33 years, decided to return to the region where he was born.  On his way back to Medina via the Hijaz railway, he married a Damascene and brought her along back to the Hijaz region.  The Hijaz cosmopolitan personality was not hard to find within my great-grandfather’s diverse life.  My grandfather continued to cultivate the Hijaz ways of thinking by also marrying a Damascene.  My Dad, in the name of consistency, married a Damascene too.  In the end, three generations of my family held their weddings in Damascus.

The “east coast” of Saudi Arabia, home to Saudi Aramco, resembles the melting pot of the Hijaz region in regards to professional and economic interests.  This melting pot was – essentially – founded by an American geologist who was prospecting for oil as an employee of Standard Oil of Southern California (SoCal, soon renamed Chevron).  The name “Aramco” itself is a unique combination of the words “Arab” (ar), “American” (am), and “company” (co).  King Abdulaziz, the first king of Saudi Arabia, and his government eventually bought Aramco and soon changed the official name of the oil company to “Saudi Aramco”.  In the meantime, young professionals, family members, investors, ambassadors, and corporate representatives traveled to Dhahran, Saudi Arabia, the headquarters of Saudi Aramco, to work with diverse teams of people and live within the walls of the residential quarters of the company’s land.  As a result, the residential scenes of Saudi Aramco have replicated the lifestyles present in Palm Springs, California stirred with the multiple Arab cultures present within the Southern California-like neighborhood blocks.  For example, one can play baseball in an organized little league and return home to feast on kabsa while listening to MBC 1 (Middle East Broadcasting Center 1).  Furthermore, the first few CEO’s of Saudi Aramco were American citizens raised within the United States, and recent Saudi Aramco CEO’s were raised in different parts of modern Saudi Arabia, which reflects the amount of diversity present at company’s forefront images.  If one is an “Aramcon”, one is in possession of, arguably, the most unique experiences imaginable in human history.